We deal with very wide range of biological, highly hazardous forensic scenes on a daily basis and have the skills to restore or remediate all infectious scenes to make safe and remove odour.

We deal with very wide range of biological, highly hazardous forensic scenes on a daily basis and have the skills to restore or remediate all infectious scenes to make safe and remove odour.

FIND A SERVICE NEAR YOU 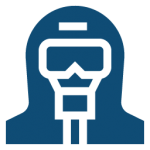 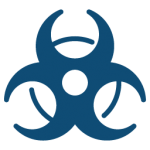 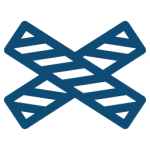 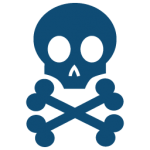 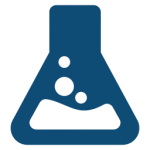 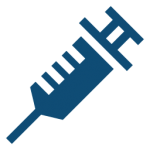 Biohazard & Crime Scene Clean Ups is what we do best, from post death and forensic cleaning to Meth Lab Decontaminations (Clandestine Drug Lab, Ice Lab, Speed Labs) & Sewage Clean Ups. Our trained biohazard technicians are leaders in property restoration where damage has occurred due to body fluid, blood, faeces contamination or drug making chemicals often found in the manufacture of Meth and ice. We are equipped with the latest equipment and chemicals to assist us with the remediation and clean up of a contaminated houses and commercial properties. This includes the use of military grade crystal clean to render dangerous chemicals safe in homes formerly used to manufacture illegal drugs – mostly methamphetamines.

We carry commercial ozone and hydroxyl generators to aid in the decontamination process of trauma scenes and unattended deaths. These machines also remove the unpleasant odours from most crime scenes and properties with body fluid contamination post death. The team at Bio Hazard Trauma & Crime Scene Cleaning is trained and highly experienced in the clean up of any contaminated property. Bio Hazardous material left being after an injury, traumatic event or death can pose serious heath risks to any occupants of the property as well as anyone trying to clean the property back to its pre-loss, non-hazardous condition. Here at BTCSC we have undergone specialised training in America and Australia, both on-site and in-class to ensure we are properly equipped to remediate any property that has been contaminated with chemical or biohazardous waste.

Contact Biohazard Trauma & Crime Scene Cleaning for all your biohazard cleaning requirements on 1300 246 429. We offer a professional biohazard remediation service operating throughout Australia – choose the largest biohazard cleaning and restoration company and be sure your property is dealt with in a prompt and professional manor first time around.

Use the map to check if we service your city or metro area, search by suburb

FIND A LOCATION BELOW 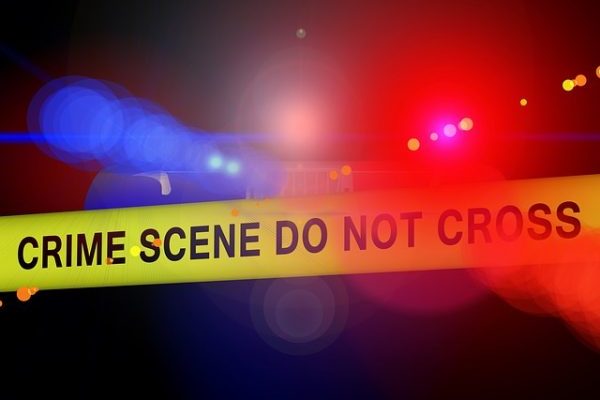 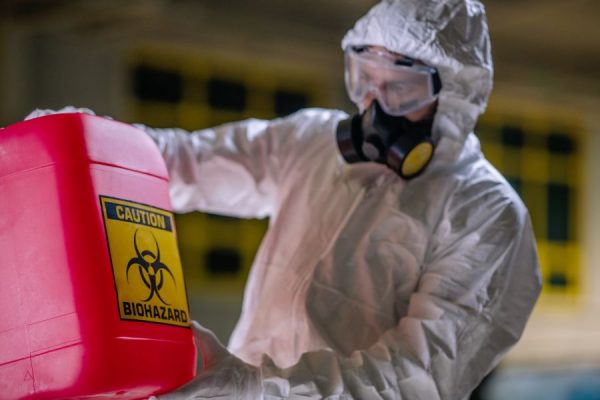 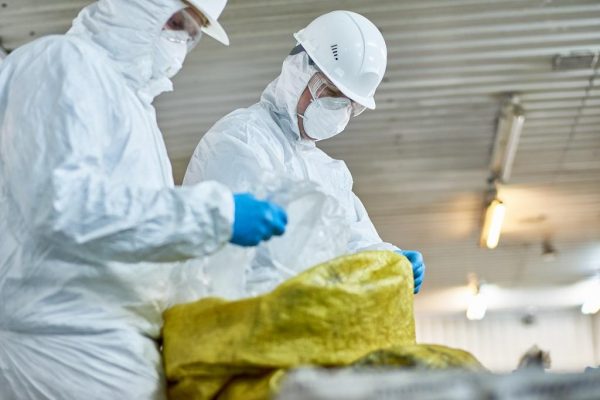 We are leaders within the crime scene cleaning industry with our state art equipment and biohazard cleaning techniques. We are yet to be confronted with a property or crime scene that is unable to be cleaned back to its pre-existing condition. Our Crime Scene restoration technicians are required to perform regular training both in class and on-site to ensure their skills are kept up to date and the best cleaning practices are delivered now and into the future. The clean up of blood and bodily fluid poses serious health risks and should always be undertaken be a trained crime scene cleaning technician. Once a property has been cleaned by our technicians, the property will be left fresh and odour free, ready for your family, friends and tenants to re-inhabit.

If a person has died in a property and has not been found for a number of days, the body rapidly breaks down allowing blood, urine and other bodily fluid to escape. These contaminates can be absorbed into carpet, timber flooring, tiles and any other porous material. In additional to the absorption into material where the deceased located, the odour is then transported throughout the house into curtains, couches, beds, linen, clothing, carpet which become contaminated and must be dealt with the correct manor to prevent the spread of infection and disease. Our team of unattended death cleaners are experts in their field and have the necessary equipment and cleaning procedures in place to remove the contaminated waste and foul odour from the property. Contact us today your personalised unattended death clean up requirements.

Having to deal with the clean up after the death of a friend or loved one is often too much to deal with. Our team of suicide cleaning technicians understand the emotional toll such an event causes family and friends of the deceased. We are trained and certified in the clean up of a suicide and have the appropriate equipment to bring the property back to its pre-existing conditional so that you can concentrate on making funeral arrangements and allowing yourself to mourn the death. For a discreet and professional approach to each suicide clean up we undertake, contact our specialists team of suicide cleaning technicians today and let us take care of any restoration work required from the suicide.

We are your specialist Biohazrd, forensic and crime scene clean up company. No matter what the clean up involves, we have the skills to professionally correctly clean & sanitise all hazardous and infectious scenes resulting from unattended deaths, suicides, homicides, incontinence, raw sewage flooding, meth labs and motor vehicle accidents. We have a team of over 52 Forensic Cleaners Australia wide and offer national coverage including the most remote regions. With state of the art odour elimination and sanitisation equipment we’ll have your property restored the right way to ensure it’s safe to return. Biohazard cleaning presents many hazards and risks, call an expert to clean and sanitise the affected area, don’t risk getting infected or sick.

Let us take care of your gross filth cleaning. For whatever reason you are faced with the clean up of gross filth, whether it be from bad tenants, squatters, animals, mild or simply a neglected property, the friendly team at Bio Hazard Trauma & Crime Scene Cleaning can have the gross filth removed and the any contaminates sterilised in no time at all. We are trained in the restoration of any bio hazardous material and can have your gross filth cleaned back to its pre-existing state. For further information please contact us on 1300 246 429.

Properties in which a hoarder lives or has once lived contain a range of hazardous materials. Hoarders homes often resemble dump sites and contain contaminates such a rotten food, rodent and cockaroache dropping, mould and of course large amount of rubbish. The residents of a hoarders house often suffer from poor health due to the pathogens and toxins that are released into the air from their contaminated living environment. The cleaning of a hoarders house/unit often requires the removal of excess rubbish and cleaning of all surfaces with the appropriate chemicals, in additional to this odour removing machines are often required to completely remove any foul smells and leave the property in a fresh and habitable state. We offer a hoarder cleaning service throughout Australia and our friendly office team is ready to assist you with any inquires you may have. Contact us today to discuss your personalised hoarder and decontamination requirements.

Raw Sewage Clean up and Decontamination

When your toilet back ups or a pipe bursts causing raw sewage to flood your property, it is paramont that you have it removed asap to prevent further damage to your contents and your properties structure. Raw sewage poses serious health risks and the occupants of the property must seek alternative accomodation until the sewage hass been removed and the property has been decontaminated. Bio Hazard Trauma & Crime Scene Cleaning offer a 24 hour a day emergency sewage clean up service to ensure the amount of secondary damage to the property is kept to a minimal.

If you require the clean-up or removal of sharps, needles or syringes contact us today for a prompt and professional needle clean-up service. There are many dangers associated with the needles and syringes including exposing yourself to boodbourne pathogens including Hepatitis B, Hepatitis C, HIV, Malaria, Tetanus, Syphilis as well as the drugs that are left over within the needles. Bio Hazard Trauma & Crime Scene Cleaning can safety remove sharps and needles from cars, parks, public places, office building as well as private dwelling. Don’t risk being pricked and contracting a potentially lift threatening disease by attempting to remove syringes yourself, leave it to the professionals in needle removal at Bio Hazard Trauma & Crime Scene Cleaning.

The contaminates left behind after a clandestine drug lab (meth lab, ice lab, P lab) has been operating in a property can cause serious health risks to both adults and children. Our meth lab cleaning technicians Josh & Dane have been trained and certified in the clean up of a clandestine drug lab and are highly knowledgeable on correct cleaning procedures and equipment that is required. They did there training in the US through NIDS (National Institute of Decontamination Specialists) and are able to guarantee a clearance certificate once the property has been cleaned. Unlike other Clandestine Drug Lab cleaning company’s who charge additional fees if the property needs to be re-cleaned, we guarantee clearance and should the clearance level of 0.5 not be achieved, additional cleaning and testing is completed at our own expense. If you require further information about a suspected clandestine drug lab, contact us today for an obligation free chat to discuss your circumstances.

Josh was so helpful, i didn’t know who to call to clean up the sewage leak. 2 days later the job was completed and the tenants were able to move back in. Thanks for the fast turn around and professional Services.

The guys at Bio-hazard Trauma and Crime Scene Cleaning were fast to respond after we discovered a person had past away in one of our holiday let units. They got rid of the smell and cleaned the place up better than it was originally. You couldn’t even tell there had been a death in the apartment. The guys were polite and kept me informed through the whole process. Very Professional, Much appreciated.

I couldn’t recommend these guy enough, they were very promt, professional and did an amazing job. There is no way i could handle even going in the unit with the smell. After they had cleaned all the raw toilet sewage, sterilized the unit and disposed of the nasty stuff, they cleaned the air and got rid of the smell with their machines. The process took a total of 6 days. I’m very happy with the results. Thanks for everything Josh

We are leaders in Biohazard & Trauma Clean ups from unattended death cleaning and sterilisation to raw sewage contamination and crime scene and forensic cleaning. We Do it all and have an experienced team of professional bio-hazard cleaning technicians.